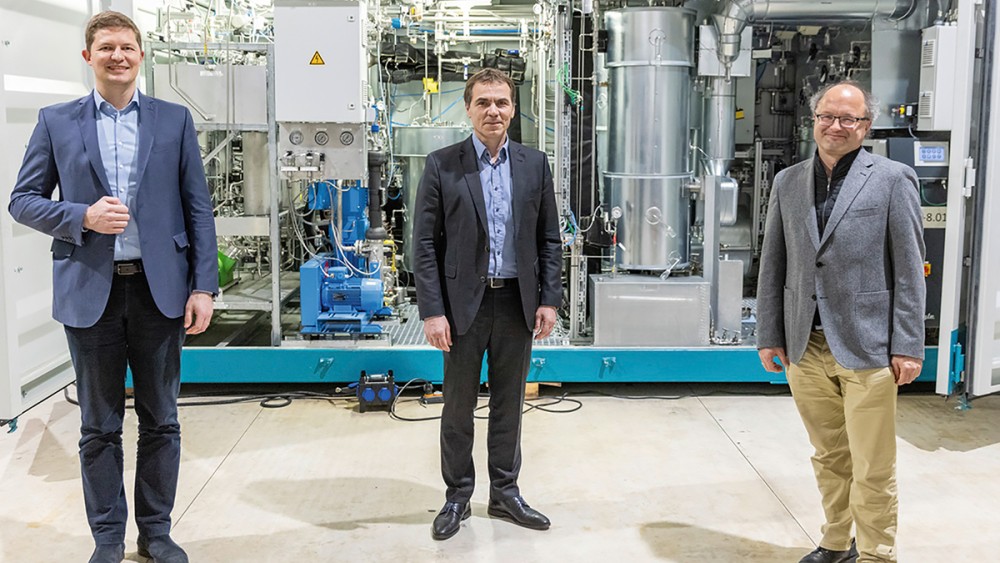 The automotive and industrial supplier Schaeffler has reached a further milestone in its hydrogen strategy. The company has concluded a cooperation agreement with Hydrogenious LOHC Technologies GmbH and the Helmholtz Institute Erlangen-Nürnberg for Renewable Energies (HIERN). The common goal is to develop a hydrogen fuel cell, which is operated using a liquid-organic hydrogen carrier (LOHC). “Hydrogen technology plays a decisive role in CO2-neutral, sustainable mobility, including its energy supply and is of strategic importance for Schaeffler”, says Uwe Wagner, CTO at Schaeffler AG. “Through this partnership, we will make an important contribution to developing the use of LOHC technology in fuel cells. Schaeffler will utilize its industrialization expertise and its decades of experience and expertise in the fields of materials engineering, materials forming, and surface technology in this cooperation project.” Dr. Daniel Teichmann, CEO and founder of Hydrogenious, says: “The direct use of LOHC in fuel cells for power generation renders the handling of hydrogen as a gas unnecessary and offers a particularly convenient and safe method for supplying mobile and stationary energy users. We are delighted that Schaeffler will leverage its extensive expertise in order to industrialize this technology and look forward to the innovative collaboration.”

LOHC for increased safety and cost-efficiency
Hydrogen is normally stored and transported in gaseous form at high pressure or in liquid form at extremely cold temperatures in special containers. Liquid-organic hydrogen carriers (LOHC) offer an alternative method of storage and transport. Benzyltoluene is used in the proprietary method developed by Hydrogenious. This is an oily, organic substance, which chemically bonds hydrogen and allows it to be transported under normal environmental conditions. In contrast to a conventional fuel cell design, there would be no molecular hydrogen in an LOHC fuel cell and its supply chain. The liquid carrier material can be used repeatedly and is highly sustainable as a result. “By dint of its characteristics, LOHC technology based on benzyltoluene enables the creation of a safe and cost-effective hydrogen infrastructure – from the storage and transport through to consumption”, says Prof. Dr.-Ing. Tim Hosenfeldt, Senior Vice President of Research and Innovation and Corporate Technology at Schaeffler AG. “We see the use of LOHC in fuel cells as a complementary technology to conventional hydrogen technologies.” The project builds on the extensive pioneering research and development work carried out by Hydrogenious and HIERN in the field of LOHC and the corresponding expertise and patents. In collaboration with the Helmholtz Institute Erlangen-Nürnberg, Schaeffler is developing the corresponding fuel cell technology for the direct use of hydrogen bonded in LOHC. Adaptations must be made to the design of the fuel cells for this purpose. Schaeffler is manufacturing the bipolar plates, whereby the company is using synergies and expertise from previously developed fuel cell technology. The catalytic converters and membranes required for this technology are being specially developed for this application at the Helmholtz Institute Erlangen-Nürnberg.